The Power of the Documentary by John Pilger 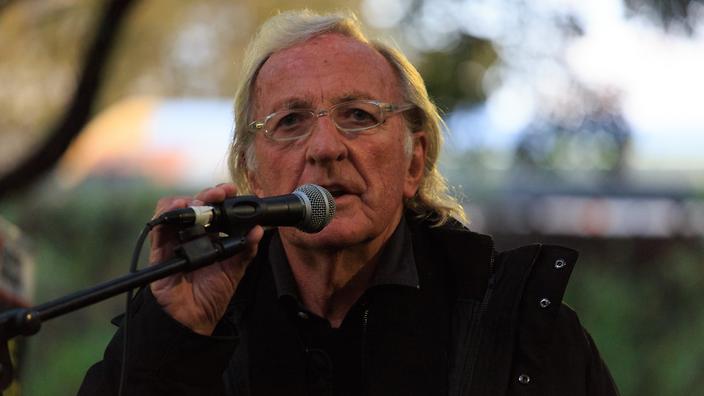 There are 26 films in this festival and each one pushes back a screen of propaganda – not just the propaganda of governments but of a powerful groupthink of special interests designed to distract and intimidate us and which often takes its cue from social media and is the enemy of the arts and political freedom.

Documentary films that challenge this are an endangered species. Many of the films in the festival are rare. Several have never been seen in this country. Why?

There is no official censorship in Australia, but there is a fear of ideas. Ideas of real politics. Ideas of dissent. Ideas of satire. Ideas that go against the groupthink. Ideas that reject the demands of corporatism. Ideas that reach back to the riches of Australia’s hidden history.

It is as if our political memory has been hijacked, and we’ve become so immersed in a self-regarding me-ism that we’ve forgotten how to act together and challenge rapacious power that is now rampant in our own country and across the world.

The term “documentary” was coined by the Scottish director John Grierson. “The drama of film,” he said, “is on your doorstep. It is wherever there is exploitation and cruelty.”

What they say is that the blood, sweat and tears of ordinary people have given us the atrt form that is the documentary film.

Great documentaries make us think, and think again, and speak out, and even take action.

The festival will show a documentary called Harvest of Shame directed by Susan Steinberg and Fred Friendly and featuring the great American journalist Edward R. Murrow.

Made in 1960, this film helped pave the way to the first Civil Rights laws that finally ended slavery in the United States, though not the oppression borne of slavery. It has great relevance in the age of Donald Trump, Theresa May and Scott Morrison.

The festival will show a remarkable film entitled I am Not Your Negro, in which the writer James Baldwin speaks not only for African-Americans but for those who are cast aside everywhere, and these include the First Nations people of Australia, still invisible in the country that is unique only because of them.

Next week, we shall show The War Game.

The War Game was made for the BBC in 1965 by Peter Watkins, a brilliant young film-maker then in his early 20s. Watkins achieved the impossible: he re-created the aftermath of a nuclear attack on a town in southern England.

No one has ever matched Peter Watkins’ achievement, or the direct challenge of his art to the insanity of nuclear war. What he did was so authentic it terrified the BBC, which banned The War Game from television for 23 years.

In one sense, this was the highest compliment. His 48-minute black-and-white film had scared the powerful out of their wits. As unclassified files reveal, they knew The War Game would change minds and cause people to question Cold War policies. They knew it might even turn people away from war itself, and save lives.

Today, not a frame of The War Game has been altered, yet it’s right up to date.

Governments in Australia – a country with no enemies – seem determined to make an enemy out of China, a nuclear armed power, because that is what America wants.

The propaganda is like a drumbeat. TV and newspapers have joined a chorus of American admirals, inexpert experts and spooks in demanding we take the final steps to a confrontation with China and Russia.

Donald Trump’s vice president, a religious fanatic called Mike Pence, destroyed this month’s APEC conference with his demands for conflict with China. Not a single voice in Australia’s privileged, deferential elite spoke out.

Well-paid journalists have become gormless cyphers of the propaganda of war: lies known these days as fake news and spread by the intelligence agencies. How shaming.

The aim of this festival is to break that collusive silence – not only with The War Game but with documentaries like The War You don’t See and The Coming War on China, and Australian documentaries such as Dennis O’Rourke’s haunting Half Life, Curtis Levy’s The President Versus David Hicks and Salute, Matt Norman’s film about his uncle, Peter Norman, the most courageous and least known of our sporting heroes: the silver medalist who stood on the 1968 Olympic dais with Tommie Smith and John Carlos, whose fists were held high.

The festival will welcome Alec Morgan, who will introduce his historic film, Lousy Little Sixpence. This landmark documentary revealed the secrets and suffering of the Stolen Generation of Indigenous Australia.

We owe a debt to Alec Morgan, who made his film in the early 1980s, around the time Henry Reynolds published his epic history of Indigenous resistance, The Other Side of the Frontier. Together, they turned on a light in Australia.

Alec’s film has never been more relevant. Last week, the New South Wales Parliament passed a law which, for many Aboriginal people, brings back the whole nightmare of the Stolen Generation. It allows the adoption of their children. It allows welfare troopers to turn up at dawn and take babies from birth tables. This was barely news, and it is a disgrace.

I have made 61 documentaries. My first, The Quiet Mutiny, was filmed in 1970 when I was a young war reporter. The Quiet Mutiny revealed a rebellion sweeping the US military in Vietnam. The greatest army was crumbling. Young soldiers were refusing to fight and even shooting their officers.

When The Quiet Mutiny was first broadcast in Britain, the American ambassador, Walter Annenberg, a close friend of President Nixon, was apoplectic. He complained bitterly to the TV authorities and demanded that something be done about me. I was described as a “dangerous subversive”.

This is the highest honour I have received, and I bestow it on all the film makers in this festival. They, too, are dangerous subversives.

One of them is the Mexican director Diego Quemada-Diez whose film, The Golden Dream takes us on a perilous journey through Central America to the US border. It could not be more relevant. The heroes are children: the kind of children Peter Dutton and Scott Morrison and Donald Trump would call “illegal migrants”.

I urge you to come and see this film and to reflect on the crimes our own society commits against children and adults sent to our Pacific concentration camps: Nauru, Manus Island and Christmas Island: places of shame.

Of course, many of us are bothered by the outrages of Nauru and Manus. We write to the newspapers and hold vigils. But then what?

One film in the festival attempts to answer this question.

On 6th December, we shall show Death of a Nation: the Timor Conspiracy, which the late David Munro and I made 25 years ago.

David and I filmed undercover in East Timor when that nation was in the grip of the Indonesian military. We were witnesses to the destruction of whole communities while the Australian government colluded with the dictatorship in Jakarta.

This documentary became part of one the most effective and inspiring public movements in my lifetime. The aim was to help rescue East Timor.

There is a famous sequence in Death of a Nation in which Gareth Evans, foreign minister in the Labor governments of the 80s and 90s, gleefully raises a glass of champagne to toast his Indonesian counterpart, Ali Alatas, as they fly in an RAAF plane over the Timor Sea.

The pair of them had just agreed to carve up the oil and gas riches of East Timor.

They were celebrating an act of piracy.

Earlier this year, two principled Australians were charged under the draconian Intelligence Services Act. They are whistleblowers. Bernard Collaery is a lawyer, a tireless champion of refugees and justice. Collaery’s crime was to have represented an intelligence officer in ASIO, known as Witness K, a man of conscience.

They disclosed that the government of John Howard had spied on East Timor so that Australia could defraud a tiny, impoverished nation of the proceeds of its natural resources.

Today, the Australian government is trying to punish these truth tellers no doubt as an example to us all – just as it tried to suppress the truth about Australia’s role in the genocide in East Timor, and in the invasions of Iraq and Afghanistan, just as it has colluded with Washington to silence the courageous Australian publisher Julian Assange.

Why do we allow governments, our governments, to commit great crimes, and why do so many of us remain silent?

These are questions for those of us privileged to be allowed into people’s lives and be their voice and seek their support. It is a question for film-makers, journalists, artists, arts administrators, editors, publishers.

We can no longer claim to be innocent bystanders. Our responsibility is urgent; as Tom Paine impatiently wrote: “The time is now.”