U.S. is Responsible for the Ebola Outbreak in West Africa — By Timothy Alexander Guzman 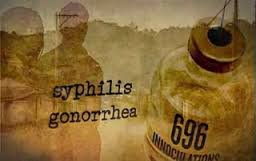 Dr. Cyril Broderick, A Liberian scientist and a former professor of Plant Pathology at the University of Liberia’s College of Agriculture and Forestry says the West, particularly the U.S. is responsible for the Ebola outbreak in West Africa. Dr. Broderick claims the following in an exclusive article published in the Daily Observer based in Monrovia, Liberia. He wrote the following:

The US Department of Defense (DoD) is funding Ebola trials on humans, trials which started just weeks before the Ebola outbreak in Guinea and Sierra Leone. The reports continue and state that the DoD gave a contract worth $140 million dollars to Tekmira, a Canadian pharmaceutical company, to conduct Ebola research. This research work involved injecting and infusing healthy humans with the deadly Ebola virus. Hence, the DoD is listed as a collaborator in a “First in Human” Ebola clinical trial (NCT02041715, which started in January 2014 shortly before an Ebola epidemic was declared in West Africa in March.

Is it possible that the United States Department of Defense (DOD) and other Western countries are directly responsible for infecting Africans with the Ebola virus? Dr. Broderick claims that the U.S. government has a research laboratory located in a town called Kenema in Sierra Leone that studies what he calls “viral fever bioterrorism”, It is also the town where he acknowledges that is the “epicentre of the Ebola outbreak in West Africa.” Is it a fact? Is Dr. Broderick a conspiracy theorist? He says that “there is urgent need for affirmative action in protecting the less affluent of poorer countries, especially African citizens, whose countries are not as scientifically and industrially endowed as the United States and most Western countries, sources of most viral or bacterial GMOs that are strategically designed as biological weapons.” He also asks an important question when he says “It is most disturbing that the U. S. Government has been operating a viral hemorrhagic fever bioterrorism research laboratory in Sierra Leone. Are there others?”

Well, Mr. Broderick’s claims seem to be true. After all, the U.S. government has been experimenting with deadly diseases on human beings for a long time, history tells us so. One example is Guatemala. Between 1946 and 1948, the United States government under President Harry S. Truman in collaboration with Guatemalan President Juan José Arévalo and his health officials deliberately infected more than 1500 soldiers, prostitutes, prisoners and even mental patients with syphilis and other sexually transmitted diseases such as gonorrhea and chancroid (a bacterial sexual infection) out of more than 5500 Guatemalan people who participated in the experiments. The worst part of it is that none of the test subjects infected with the diseases ever gave informed consent. The Boston Globe published the discovery made by Medical historian and professor at Wellesley College, Susan M. Reverby in 2010 called ‘Wellesley professor unearths a horror: Syphilis experiments in Guatemala.’ It stated how she came across her discovery:

Picking through musty files in a Pennsylvania archive, a Wellesley College professor made a heart-stopping discovery: US government scientists in the 1940s deliberately infected hundreds of Guatemalans with syphilis and gonorrhea in experiments conducted without the subjects’ permission. Medical historian Susan M. Reverby happened upon the documents four or five years ago while researching the infamous Tuskegee syphilis study and later shared her findings with US government officials.

The unethical research was not publicly disclosed until yesterday, when President Obama and two Cabinet secretaries apologized to Guatemala’s government and people and pledged to never repeat the mistakes of the past — an era when it was not uncommon for doctors to experiment on patients without their consent.

After Reverby’s discovery, the Obama administration apparently gave an apology to then-President Alvaro Colom according to the Boston Globe:

Yesterday, Obama called President Álvaro Colom Caballeros of Guatemala to apologize, and Obama’s spokesman told reporters the experiment was “tragic, and the United States by all means apologizes to all those who were impacted by this.

Secretary of State Hillary Rodham Clinton had called Colom Thursday night to break the news to him. In her conversation with the Guatemalan president, Clinton expressed “her personal outrage and deep regret that such reprehensible research could occur,’’ said Arturo Valenzuela, assistant secretary of state for Western Hemisphere affairs.
The study in Guatemala was led by John Cutler, a US health service physician who also took part in the controversial Tuskegee Syphilis experiments which began in the 1930’s. Researchers wanted to study the effects of a group of antibiotics called penicillin on affected individuals. The prevention and treatment of syphilis and other venereal diseases were also included in the experimentation. Although they were treated with antibiotics, more than 83 people had died according to BBC news in 2011 following a statement issued by Dr Amy Gutmann, head of the Presidential Commission for the Study of Bioethical Issues:

The Commission said some 5,500 Guatemalans were involved in all the research that took place between 1946 and 1948. Of these, some 1,300 were deliberately infected with syphilis, gonorrhoea or another sexually transmitted disease, chancroid. And of that group only about 700 received some sort of treatment. According to documents the commission had studied, at least 83 of the 5,500 subjects had died by the end of 1953.

Washington’s reaction to the report is a farce. The apology made to Guatemala’s government was for the sake of public relations. Washington knows about its human experimentations in the past with deadly diseases conducted by government-funded laboratories that are known to be harmful to the public. The U.S. government is guilty in conducting numerous medical experiments on people not only in Guatemala but in other countries and on its own territory. As the Boston Globe report mentioned, the Tuskegee Syphilis Study occurred between 1932 and 1972 by the U.S. Public Health Service to study the “natural progression” of untreated syphilis in the African American population. The U.S. Public Health Service and the Tuskegee Institute collaborated in 1932 and enrolled 600 poor sharecroppers from Macon County, Alabama to study the syphilis infection. However, it was documented that at least 400 of those had the disease (they were never informed that they actually had syphilis) while the remaining 200 did not. They received free medical care, food and even free burial insurance for participating in the study. Documents revealed that they were told that they had “bad blood” which meant that they had various medical conditions besides syphilis. The Tuskegee scientists continued to study the participants without treating their illnesses and they also withheld much-needed information from the participants about penicillin, which proved to be effective in treating Syphilis and other venereal diseases. The test subjects were under the impression that they were receiving free health care from the U.S. government while they were deliberately being lied to by the same administrators who were conducting the tests. Washington is fully aware of its human experimentations with deadly diseases. The government of Guatemala also knew about the Syphilis experiments according to the Boston Globe:

A representative of the Guatemalan government said his nation will investigate, too — looking in part at the culpability of officials in that country. The records of the experiment suggest that Guatemalan government officials were fully aware of the tests, sanctioned them, and may have done so in exchange for stockpiles of penicillin.

However, the U.S. Department of Health and Human Services published the study ‘Fact Sheet on the 1946-1948 U.S. Public Health Service Sexually Transmitted Diseases (STD) Inoculation Study’ and was forced to admit what happened in Guatemala during the syphilis experiments:

While conducting historical research on the Tuskegee Study of Untreated Syphilis, Professor Susan Reverby of Wellesley College recently discovered the archived papers of the late Dr. John Cutler, a U.S. Public Health Service medical officer and a Tuskegee investigator. The papers described another unethical study supported by the U.S. government in which highly vulnerable populations in Guatemala were intentionally infected with sexually transmitted diseases (STDs). The study, conducted between 1946 and 1948, was done with the knowledge of Dr. Cutler’s superiors and was funded by a grant from the U.S. National Institutes of Health to the Pan American Sanitary Bureau (which became the Pan American Health Organization) to several Guatemalan government ministries. The study had never been published.

The U.S. government admitted to its wrongdoing, 62 years too late. What Dr. Broderick wrote is not conspiratorial in any sense. The U.S. government has been involved in bioterrorism; Guatemala is a case in point. Dr. Broderick summarized what average people can do to prevent governments, especially those from the West from creating and exposing populations from diseases they experiment with in laboratories:

The challenge is global, and we request assistance from everywhere, including China, Japan, Australia, India, Germany, Italy, and even kind-hearted people in the U.S., France, the U.K., Russia, Korea, Saudi Arabia, and anywhere else whose desire is to help. The situation is bleaker than we on the outside can imagine, and we must provide assistance however we can. To ensure a future that has less of this kind of drama, it is important that we now demand that our leaders and governments be honest, transparent, fair, and productively engaged. They must answer to the people. Please stand up to stop Ebola testing and the spread of this dastardly disease.

After Guatemala’s ordeal with the U.S. government who deliberately infected people with syphilis, West African nations should be extremely skeptical about the U.S. government’s actions combating Ebola. Professor Francis Boyle of the University of Illinois, College of Law questions the Obama administration’s actions in West Africa. RIA Novosti recently interviewed Boyle and he said the following:

US government agencies have a long history of carrying out allegedly defensive biological warfare research at labs in Liberia and Sierra Leone. This includes the Centers for Disease Control and Prevention (CDC), which is now the point agency for managing the Ebola spill-over into the US,” Prof. Francis Boyle said.

Why has the Obama administration dispatched troops to Liberia when they have no training to provide medical treatment to dying Africans? How did Zaire/Ebola get to West Africa from about 3,500km away from where it was first identified in 1976?”

That’s a good question for Washington, but would the public get any answers? Not anytime soon, since it took more than 62 years for the Guatemala syphilis experiments to be exposed to the public, not by the US government, by a medical historian.
[http://www.globalresearch.ca/ से साभार ]